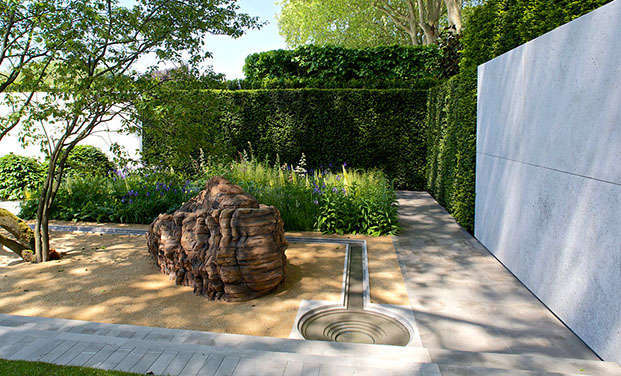 The show runs for five days every May, and has become an event for the calendar not to be missed by gardening enthusiasts and society to enjoy horticultural designs and everything floral. This year’s show runs from 20th – 24th May.

Held in the grounds of the Royal Hospital in Chelsea, London, it is the most famous flower show in the whole of the UK attracting visitors from around the world and attended by HRH The Queen on the day before it opens to the public.

The RHS Chelsea Flower Show was formally known as the Great Spring Show and has been held in the grounds of the Chelsea Hospital, every year since 1913, apart from during the two World Wars. Without doubt, this is the most prestigious show, but has now been over taken in size by RHS Hampton Court Palace Flower Show, held annually in July.

Competition is fierce, with gardeners and designers working hard all year in preparation, in order to perfect their creations at just the right time. It takes 25 days to put up the entire show, with gardeners bringing in plants, structures, lawns, water features and installations which have been nurtured throughout the year. Today there are over 550 exhibitors at the show, which is over double the number of when the show first started.

The whole show is a spectacular delight, with highlights including the avant-garde show gardens designed by leading names with a Floral Marquee at the center piece. The Show also features smaller gardens such as the Artisan and Urban Gardens.

A coveted Gold Medal is the ultimate reward, with the judges cutting the number from ten last year to six this year. The change is aimed at silencing critics who claimed the gold medals were being given out too liberally. The record for the greatest number of Chelsea Golds is held by Hilier Nurseries at 66. Later today, the judges reveal the reasons behind the decisions they have made and offer more transparency amidst criticism that the judging is usually conducted behind closed doors.

This year the ‘Best Show Garden’ has been awarded to The Laurent-Perrier Garden designed by Luciano Giubbilei. Formed from a series of defined layers, showing Luciano’s interest in texture, form and light. The cool, contemplative design shows the interplay of natural elements with a simple geometric layout. The intention is to stimulate the enjoyment of observation, and to invite exploration of stillness and movement through relationships between the contrasting forms and materials in the garden. 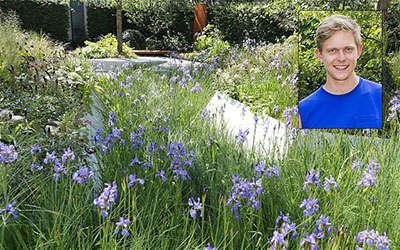 The youngest ever gold medal winner at Chelsea is Hugo Bugg with his environmentally–conscious “rain garden”. Bugg, 26, runs a garden design company in Exeter, Devon. He was crowned the Royal Horticultural Society’s Young Designer of the year in 2010. His Chelsea garden, a collaboration with the Royal Bank of Canada, is a “sophisticated, sustainable and symbolic” demonstration of the ways in which home gardeners can conserve and use storm water all year round. It also aims to highlight global water issues, and features a variety of trees, grasses and herbaceous perennials to provide food and shelter for birds and insects. 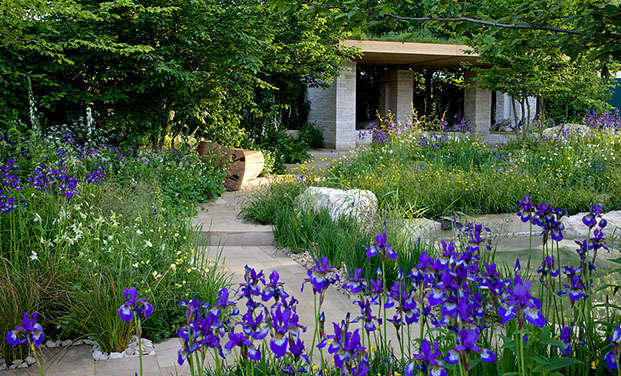 Another gold medal winner is Adam Scott’s Homebase Garden, which was created in partnership with the Alzheimer’s Society. ‘Time to Reflect’ is a place where families can celebrate the innocence of nature and create lasting happy memories. Designer Adam has taken inspiration from his father’s passion for stone and water and love of the countryside, as well as childhood memories of camping trips and the simple pleasure of being outdoors. Natural and crafted stonework reflect a love of geology. Copper is showcased in the rills that snake through the garden, feeding water into two wildlife pools. The different levels create a sense of movement, with boulders creating a second pathway though the garden for children or adventurous adults! The heather-clad arbour provides somewhere to shelter, cook together as a family and enjoy views of the garden. 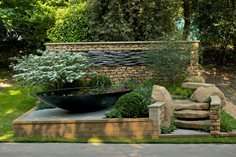 Every year, visitors to the show or the RHS website can vote for their favourite gardens, with the winner receiving the People’s Choice award. Voted for by the public, you don’t have to attend the show to enjoy the gardens, with three categories to vote for but there is a short window to do so between noon on 22 May until midnight the same day.

Reference our useful Notable Dates information for 2014 and 2015