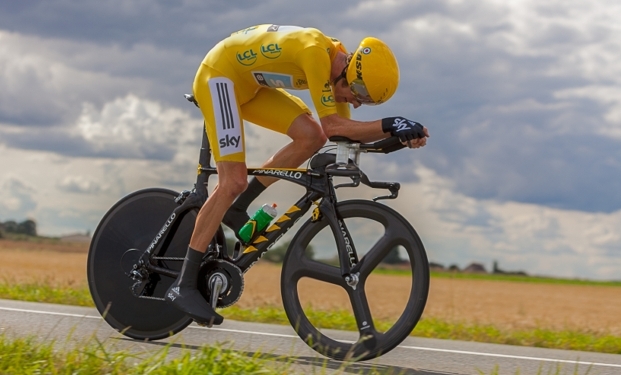 On July 5th, the 2014 Tour De France began its first leg in Leeds, West Yorkshire. It headed up to the picturesque market town of Skipton, before passing through the spectacular scenery of the Yorkshire Dales. From there, it moved on to York and then Sheffield – eventually, travelling up through Cambridge and on to London just in time for the fourth leg of the race.

It’s a pretty big deal for Yorkshire – being invited to play host to the 101st edition of the Tour De France is a prestigious thing and each region involved in the event has been busy making preparations for the past few months. The question on everybody’s lips is, of course, who will win this year?

In 2013, it was Kenyan born rider Chris Froome who stormed ahead of teammates Mark Cavendish and Bradley Wiggins to snatch victory in Paris. He’s a promising prospect again this year, but there are lots of cycling fans who’d love to see Mark Cavendish walk away with the title. The plucky Yorkshire man is considered to be the fastest road cyclist in the world, with twenty five stage wins to his name. Let’s hope the crash he was involved in over the weekend has not written him out of the rest of the series.

The Tour De France is adored by sports fans all over the country, sports fans who’ll no doubt have had the dates and details of each upcoming leg neatly penciled in on their calendars for some time.

Octave Lapize Yells “Murder” – in 1910, the Pyrénées were first introduced to the Tour De France. They were extremely high, incredibly rough and near impossible to ride – most competitors were forced to simply push their bikes over the toughest climbs. This prompted Frenchman Octave Lapize, who would eventually go on to win the 1910 title, to crest the Col d’Aubisuqe on foot, whilst yelling “You’re all murderers!” again and again at the race organisers. Over the years, the Pyrénées became a key battleground of the Tour and to this day, competitors fight to be first over the tops.

Eugène Christophe Gets Outside Help, 1913 – just like fellow countryman Octave Lapize, Eugène Christophe struggled with the harsh rules that govern the event. In 1913, he was determined to end up with a commendable finish – a feat that seemed likely, considering the fact that the race was to be decided on accumulated time. In a tremendously unlucky twist of fate, Christophe descended the Col du Tourmalet and discovered that his forks had broken. He carried his bike to the nearest blacksmith, repaired the damage and finished the race – only to be immediately disqualified for having received outside assistance.

Bernard Hinault Breaks A Promise, 1986 – during the 1985 Tour De France, Bernard Hinault accepted assistance from Greg LeMond to win the title. It was expected that Hinault would return the favour in 1986, but the notoriously aggressive Frenchman had other plans. The lure of winning a sixth title was just too much and Hinault decided to battle LeMond – that is, until the eighteenth stage of the race when LeMond really began to demonstrate his power. The two cyclists matched each other pedal stroke for pedal stroke across Alpe d’Huez, but it was Bernard ‘The Badger’ Hinault who eventually took the stage win. Despite officially being the first to edge over the finish line, the rivals crossed arm in arm.

Laurent Fignon Makes A Fashion Faux Pas, 1989 – is there something to the notion that 1989 competitor Laurent Fignon missed out on the title, because of his long blonde ponytail and big round spectacles? There are certainly those who think so, especially since American rider Greg LeMond put in a stellar performance with his aerodynamic triathlon helmet and handlebars. Whilst Fignon pushed himself to the very limit in order to try and snatch a victory from LeMond, the American ended up crossing the finish line just eight seconds ahead. It is still the closest finish in the history of the Tour De France.

Lance Armstrong Comes A Cropper, 2003 – at this point in the history of the event, there are plenty of fans and experts who would be happy to see Lance Armstrong forgotten altogether. In the wake of industry shaking confessions about doping, it’s no longer clear whether the disgraced rider claimed any completely legal victories. Yet, it’s difficult to forget the 2003 Tour De France when Armstrong plunged headlong through a field, in a bid to avoid downed competitor Joseba Beloki. To the amazement of spectators, Armstrong almost immediately rejoined the race after leaping across a ditch and fighting his way back to the road. There was a time when it looked like the Canadian could simply do no wrong.

Top photo: Beaurouvre,France, July 27 2012:Image of the winner of the “Le Tour de France” 2012,the British Bradley Wiggins (Sky Procycling team) wearing the Yellow Jersey during the 19th stage- a time trial between Bonneval and Chartres.