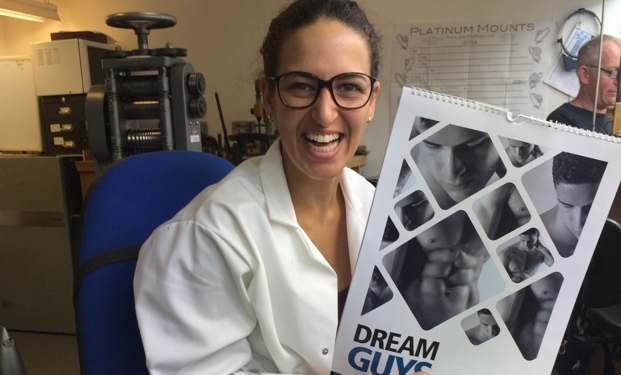 Luxury brand Asprey has drawn attention to one of our range of promotional advertising calendars recently, following the ITV documentary ‘Inside Asprey: Luxury by Royal Appointment.’ The programme gives a rare insider’s view into the workshop and behind the scenes of the Bond Street brand, as it launched its newly renovated store.

Filmed at the luxury brand’s flagship store on New Bond Street, the documentary offers a fascinating insight into one of the country’s oldest and most prestigious jewellers and Rose Calendars are proud to be associated with this luxury brand.

No stone is left unturned as the film crew documents the inner workings of the jewellery workshops as well as the marketing, production and visual merchandising that accompany the launch of Asprey’s new jewel-encrusted handbag collection and making of intricate designs.

Craftsman jeweller Audrey Legrand works for Asprey and featured in last week’s programme as she set the hundreds of beautiful gem stones into the ‘Chaos’ necklace, which forms part of the store’s new collection. 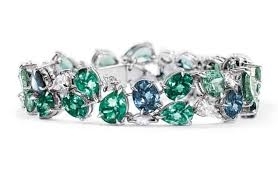 Made in the workshop above the store, it was Audrey’s job to set the mixed cut green tourmaline and diamonds into the platinum mountings created after weeks of intricate work with her colleague Stuart.

As the camera focussed on Audrey, we were able to see a calendar on the wall of the workshop, given to the staff by a bullion dealer to advertise his business. Being a male dominated workplace, the calendar on the wall is our ‘Natural Contrasts’ title, featuring tasteful black and white images of the female form by photographer Mick Payton.

The narrator discovered on talking to Audrey that she preferred to admire the male form, perhaps a little more than the gorgeous gems, so Rose Calendars acted quickly and posted Audrey a copy of ‘Dream Guys’ to compete with the girls.

According to Asprey’s Jewellery Director Justine Carmody, the finished necklace design features a mixture of stones that look as if they have been sprinkled over the jewels in a random or starburst pattern. The work involved in setting the stones in the pattern designed by Justine took weeks of work, and we are sure the images on the calendars in the workshop provide a little light relief to the eyes!

Similarities abound in the business between Rose Calendars and Asprey. Competition is fierce in both markets, with each year seeing the pressure mount to produce a show-stopping jewellery collection or a varied calendar range.

The real challenge is to keep a long-established business alive and thriving in the modern world, where the move towards mass-production means that only the rich can afford handcrafted pieces of jewellery or modern technology replaces traditionally printed materials.

Spread across five Georgian townhouses, Asprey has been based at the New Bond Street premises for 160 years, slightly longer than Rose Calendars, who have been established in Colchester since 1908.

The upstairs/downstairs divisions of the luxury jewellery house become apparent as we see Stuart, who left school at 15 to become a jewellery craftsman, beavering away in the Asprey workshop, while on the shop floor clients are served tea and macaroons as they pore over the intricate jewels, including a £4.6 million diamond ring.

“No one knows us, we’re just hidden away. Sometimes you’d like to say ‘yes I made that’,” says Stuart, who has crafted jewels for the Queen, Prince Charles, Elton John and the Beckhams. Later in the programme, when he takes the finished Chaos necklace down to the shop floor, he comments: “You forget all the frustrations and aggravation that was caused along the way. When it’s sitting on someone’s neck looking great, it’s worthwhile.”